The true story of the Vietnam War’s most decorated flight surgeon, who became a CIA assassin 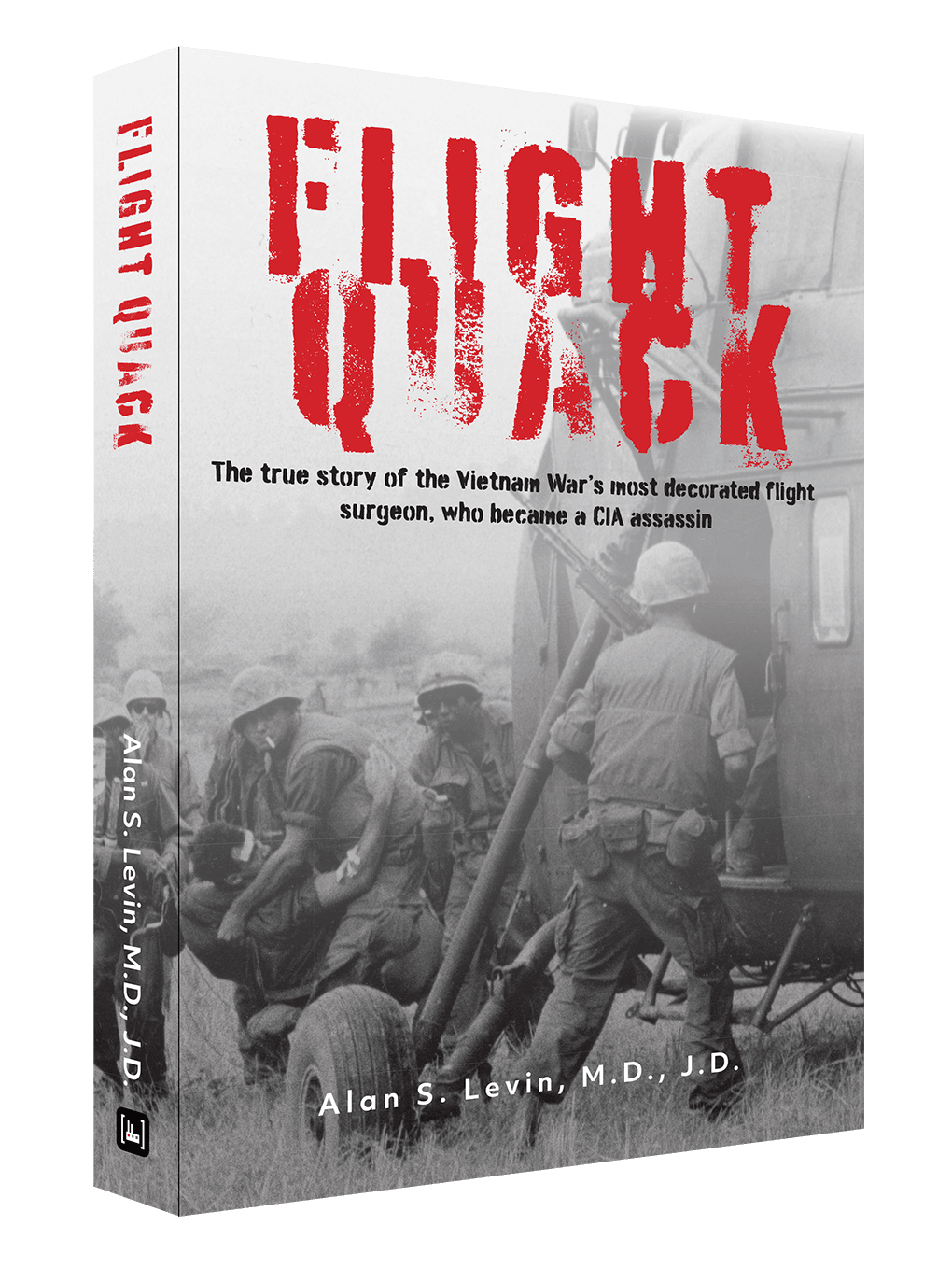 Over fifty years ago, I was a Harvard-trained pediatrician drafted as a Navy Flight Surgeon, thrust into the Vietnam War and onto the front lines, stationed in Dong Ha, leading up to the massive Tet Offensive. It was early 1967 when I arrived. I was scared sh*tless. I had a reason to be.

As U.S. Marines, our motto is “Never Leave a Man Behind.” That means Medevac helicopter crews were rushed into live combat under the protection of Huey gunships to rescue wounded comrades. During these thunderous extractions, often in a state of sheer terror, I frantically tried to save as many young Marines as I could, practicing crude but life-sustaining procedures in the belly of a chopper, under intense fire, as we fought for our own lives.

My first enemy kill came during a night incursion onto our base. I was attacked in my bunker by a teenaged Viet Cong fighter. I stabbed him mortally with a single thrust of my blade. I felt his heart stop beating. In Vietnam, I knew I would either die or go insane. When my close friends began getting killed in action, including a pilot buddy who burned to death when his chopper crashed, I snapped mentally.

As I sank deeper into my psychosis, my desire to kill grew stronger. While in-country, I volunteered for the CIA’s Operation Phoenix, a counter-insurgency campaign, designed to conduct psychological warfare on local leaders who were enemy sympathizers. I was assigned to assassination teams, strictly targeting civilians. Such missions were extremely risky, but I had a death wish. Unfulfilled, fortunately.

Miraculously, I did survive to pursue a career in medical research and law, love my wife and walk my dogs. For my actions, I was awarded a Silver Star, a Bronze Star with Valor, a Combat Action Ribbon and an Air Medal with 3 Gold Stars. However, I’m not bursting with pride. I’m still grieving. It’s hard to cope with the guilt of surviving and of what I was directed to do. War is not glorious, like the movies or video games.

No one wins. Except those few who greatly profit from it.

Alan S. Levin, M.D., J.D. is a research immunologist who is board certified in three specialties: Allergy and Immunology, Clinical Pathology and Emergency Medicine. As a trial lawyer and expert, Dr. Levin focused on toxic tort litigation, including the fight for compensation for veterans sickened by exposure to Agent Orange. In Vietnam, he served with the HMM-265.

J.B. Gentry is a publisher, producer and writer with a background in TV news as a network field producer, reporter and photographer.